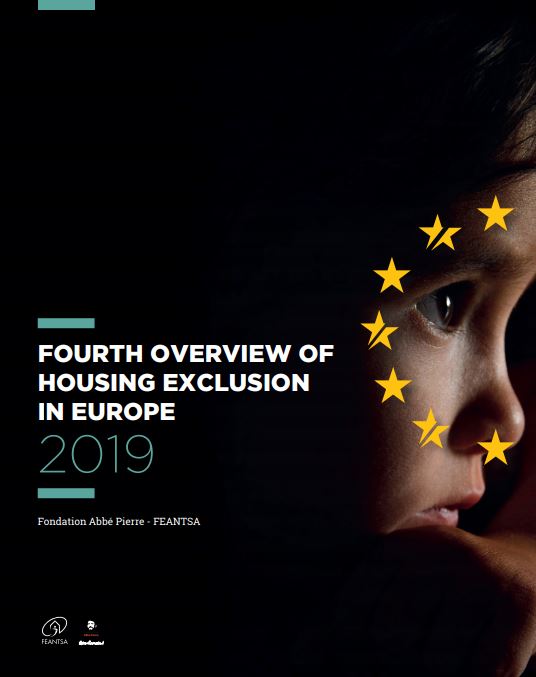 Since 2015, FEANTSA and the Fondation Abbé Pierre have released a yearly Overview of Housing Exclusion in Europe. These annual reports look at the latest Eurostat data (EU-SILC) and assess EU countries' capacity to adequately house their populations.

The 2020 deadline is approaching for the European Union's cohesion policy, yet it’s objective – the fight against poverty and social exclusion by 2020 - remains unattainable. With this 4th report on homelessness and housing exclusion, FEANTSA and the Fondation Abbé Pierre ask: what is meant by "European cohesion” when another Europe, deprived of a home or even a shelter, is being left behind? This report explores the state of emergency housing in Europe, in order to attract the attention of all decision-making bodies in Europe on the overcrowding, precariousness and inadequacy our shelter systems are confronted with.