On the 21st of June, EU institutions, civil society and local and regional authorities made a joint pledge to end homelessness. FEANTSA is proud to have joined 27 Member States and other stakeholders in signing this declaration.

The conference Combatting Homelessness - A Priority for our Social Europe, hosted by the Portuguese Presidency of the EU Council in Lisbon marks the most political attention the issue of homelessness has ever received on the EU stage.

It comes at a time when homelessness is on the increase.  FEANTSA estimates there are approximately 700.000 homeless people on the streets or in shelters on any given night in the European Union, an increase of 70% compared to ten years ago. An ad hoc EU study from 2018 showed that 4 % of respondents - in a sample of 12 countries – reported to have been homeless at least once in their lives.[i] The COVID19 pandemic has added urgency to the homelessness situation in Europe.

Freek Spinnewijn, FEANTSA Director said, “We welcome the fact that all EU institutions and so many Member States and stakeholders have jointly launched the European Platform on Combatting Homelessness today. They have committed for the first time to work together towards eradicating homelessness by 2030. Next comes the demanding work of delivering on that commitment! We look forward to playing our role and hope that the Platform will become a real driver of much-needed progress”.

In their opening speeches of the conference both Portuguese Minister for Labour, Solidarity and Social Security Ana Mendes Godinho and European Commissioner for Jobs and Social Rights Nicolas Schmit emphasised the urgency of European action to address homelessness. The Minister welcomed the European Platform on Combatting Homelessness as one of the first steps putting the EU’s Pillar of Social Rights’ “principles into action”. Commissioner Schmit was equally enthusiastic in recalling that “restoring dignity is at the core of European values. Let's do it. Let's deliver!”

The Platform is expected to focus on exchange and learning, monitoring, good practice, evidence-based policies, and the use of EU funds and finance to tackle homelessness. Yves Leterme, former Belgian Prime Minister was appointed Chair of the Platform. The rotating Presidencies of the Council are invited to convene at least biennial high-level meetings of the European Platform on Combatting Homelessness.

The high-level conference included the award ceremony for FEANTSA’s Ending Homelessness Awards 3rd edition, organised in collaboration with the European Commission. The prize celebrates good practice in the use of EU funds to help tackle homelessness. It focuses on transformative EU-funded projects that can contribute to ending homelessness.

The Gold Prize winner is Housing First for the Moravian-Silesian Region, Czech Republic, run by Romodrom o.p.s. and Nová možnost, z.ú. With support from the European Social Fund (ESF), this project addresses homelessness and housing deprivation of people of Roma origin.

The Bronze winner, Housing First Trieste from Italy is carried out by Fondazione Diocesana Caritas Trieste Onlus, Combining support from the ESF and the Fund for European Aid to the Most Deprived, this project provides housing and a  wide range of services and activities to homeless beneficiaries.

“2021 marks both the launch of the new Platform on Combating Homelessness and the beginning of a new funding period. The Ending Homelessness prize winners remind us that the EU funds can play an important role as a lever for progress in the fight against homelessness. Now is the time to seize the opportunities of the European Platform, including more and better use of the EU funds, to make a real difference to homelessness in Europe” said Kjell Larsson, President of FEANTSA.

FEANTSA is the European Federation of National Organisations Working with the Homeless. We are the only European NGO focusing exclusively on the fight against homelessness. Our goal is an end to homelessness in Europe. We have over 130 member organisations from 28 countries. Our members are predominantly NGOs working with homeless people, but also include other stakeholders involved in the fight against homelessness such as public authorities, social housing providers, foundations, and research entities.

[i] Data extracted from the 2018 ad-hoc Eurostat module on housing difficulties and material deprivation, available at: https://ec.europa.eu/eurostat/documents/1012329/8706724/2018+EUSILC+module_assessment.pdf 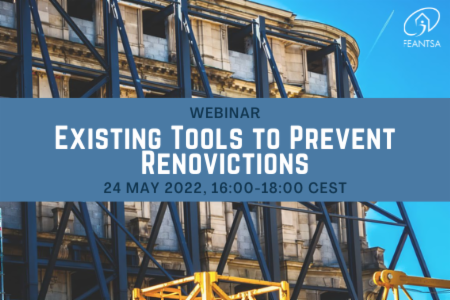 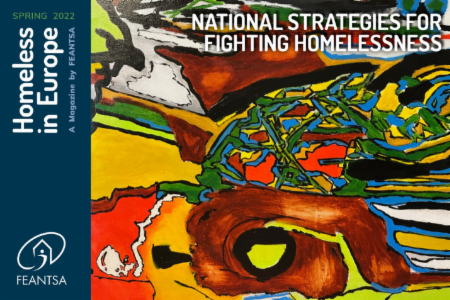 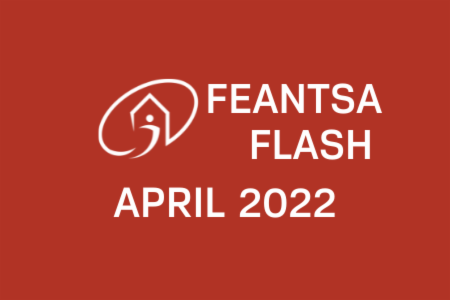