We are pleased to share with you the second edition of the FEANTSA Health & Homelessness newsletter. This is a publication that will regularly bring you resources and articles about health and homelessness.

We would like to thank all those who contributed to our newsletter in highlighting some interesting practices in the health and homelessness sector.

Please do not hesitate to send your comments, questions and contributions to Dalma Fabian.

Women’s Health and Homelessness in the EU
by Peggy Maguire and Kristin Semancik, European Institute of Women’s Health

Despite the lack of awareness and understanding, women and children are the fastest growing group within the homeless community in Europe.  There is a large information gap on homelessness in women and families.  Homeless women and their families face many unique challenges and challenges, including specific health care need, that must be addressed through carefully-designed policy and programming that accounts for sex and gender factors.

A complex interconnection exists between homelessness, abuse, mental health and general health for both women and their children.  Many women who were abused as children subsequently suffer from low-self esteem and mental health problems, which often lead to abusive relationships during adulthood and elevated risks of homelessness.  Consequently, one in five women who suffered from pervasive abuse are homeless, twenty times more likely than those who have not been extensively abused.  This intersectionality of abuse, vulnerability and homelessness has large adverse implications for both mental and physical health and strategies that provide not only recovery, but also much-needed stability and security. [1]

The World Health Organization found that the health care sector is vital to combating violence against women by identifying abuse early, providing victims with appropriate treatment and referring women to needed care.  Women must feel safe when accessing these services where they are treated respectfully, without stigma, as abused women are often reluctant to seek the needed care and social support.[2]

Homeless women have higher levels of ill health and injury than housed women.  Even among the homeless population, women have worse health than do men.  When faced with homelessness, women often neglect their health; finding housing, food and clothing for themselves and, in many cases, for their children become the priorities.  Common health problems, such as a colds and chronic diseases, that are treated or managed in the housed population are often worse among homeless people.  The average age of death for homeless women is only forty-three years old. [5],[6],[7],[8]

Chronic diseases are disproportionately common and more severe among the homeless population, especially those in non-sheltered environments.  Respiratory diseases, including tuberculosis, are common among homeless people, compounded by late diagnosis, lack of treatment adherence and drug-resistant strain development.  Chronic conditions, like diabetes, can be undiagnosed and untreated for prolonged periods of time.  Sexually transmitted infection (STI) rates are high among homeless women with estimates of six in ten homeless women infected with an STI.  Homeless women are at particularly increased risk to contracting HIV/AIDS.[9],[10],[11]

In addition, homeless women have higher levels of stress, smoking, sleep deprivation, exhaustion and poor nutrition compared to women with housing, thereby increasing their vulnerability to and their risk of disease and ill health.  Homeless women and their children have less access to good nutrition and consume higher amounts of unhealthy food than those who are housed.  Poor nutrition increases the risk of health conditions, including chronic disease and poor oral health, and affects children’s development.[12],[13],[14],[15]

Homeless individuals disproportionately lack regular health care services compared to the general population.   Thus, access to health care services can be a major issue, including access to routine screening and treatment programmes like prenatal care, mammograms and Pap testing.  Homeless women often do not seek medical attention at an early stage of ill health and wait until the condition worsens.  Therefore, homeless women are less likely to obtain needed health care services than women with housing. Consequently, women who are homeless find themselves in the emergency department of hospitals more often than do housed women.[16],[17]

Homelessness is particularly problematic during pregnancy.  Homeless women who are pregnant have elevated risks of complications—including preterm delivery and underweight newborns—due to poor diets, lack of prenatal care, stress and in many cases, exposure to violence.  Homeless women may find themselves with issues surrounding the timing and control of their pregnancy.  Rates of unintended pregnancies are especially high among the homeless population.  Specifically, homeless women, including migrant women, may find themselves pregnant due to lack of access to contraception, uncertainty regarding their fertility status, economic survival, sexual victimisation, and/or the longing for intimacy.  As a result, although homeless women are particularly in need of family planning and pregnancy resources, services are rarely targeted to this vulnerable group. [18],[19],[20],[21],[22]

Homeless people have unique health care needs. They face emotional, educational, geographical, financial and structural barriers when accessing health care services.  In addition, many confront discrimination and stigma when accessing health care services.[23]  Homeless women and children require health services that are “sensitive to the social determinants of health that have contributed to and perpetuated the difficult living situations of those experiencing homelessness.” [24]

There is a lack of information on homeless women, including data specifically exploring the health of homeless women and their families.  A limited number have explored the health issues homeless women specifically face.  Some overarching and concerning trends are evident, though much must be extrapolated from American studies.  However, more comprehensive and up-to-date research and data on the topic is urgently needed in order to develop effective policy and programming to combat the alarming trend of increased homelessness among women and children across the European Union.   Health care and social service professionals must be educated on the complex interplay between sex/gender, homelessness and health in order to properly tackle this growing societal epidemic.

Despite high frequencies of multiple, life-limiting conditions relating to palliative care needs, people who are homeless are one of the most underserved and rarely encountered groups in palliative care settings. Instead, they often die in care places where palliative competence is not available. In this qualitative single-case study, we explored the conditions and practices of palliative care from the perspective of staff at a Swedish support home for homeless people. Interpretive description guided the research process, and data were generated from repeated reflective conversations with staff in groups, individually, and in pairs. The findings disclose a person-centered approach to palliative care, grounded in the understanding of the person’s health/illness and health literacy, and how this is related to and determinant on life as a homeless individual. Four patterns shape this approach: building trustful and family-like relationships, re-dignifying the person, re-considering communication about illness and dying, and re-defining flexible and pragmatic care solutions.

The full study is available here.

Gambling in the Landscape of Adversity in Youth: Reflections from Men Who Live with Poverty and Homelessness

In this paper, previous experiences of youth gambling in a sample of adult men experiencing housing instability and problem gambling is explored. The paper presents findings from a qualitative study on problem gambling and housing instability conducted in Toronto, Canada. Thirty men with histories of problem or pathological gambling and housing instability or homelessness were interviewed. Two thirds of these men reported that they began gambling in youth. Five representative cases were selected and the main themes discussed. It was found that gambling began in early life while the men, as youth, were also experiencing adversity (e.g., physical, emotional and/or sexual abuse, neglect, housing instability, homelessness, substance addiction and poverty). Men reported they had access to gambling activity through their family and wider networks of school, community and the streets. Gambling provided a way to gain acceptance, escape from emotional pain, and/or earn money. For these men problematic gambling behaviour that began in youth, continued into adulthood.

The full paper is available here

The epidemiology of emergency in-patient hospitalisations among those with ‘No Fixed Abode’ (Homeless) 2005-2014: what lessons can be learnt

Estimates show that homelessness is increasing in Ireland. This study analysed the epidemiology of emergency hospitalisations among those experiencing homelessness between 2005-2014. All in-patient admissions to acute hospitals classified with ‘no fixed abode’ were extracted from the Hospital In-patient Enquiry System. Data were analysed using JMP. There were 2,051 in-patient emergency admissions of people classified with ‘no fixed abode’ during the study period, an increase of 406% since 2005 (78 in 2005 vs. 395 in 2014). The mean age was 40.6 (S.D. 13.2). The majority of patients (1,176 /2,051; 57%) had a mental/ behavioural diagnosis. Over one in ten (280; 13.7%) were admitted for ambulatory care sensitive conditions (ACSCs) including convulsions/epilepsy (N=92/280; 32.9%), cellulitis (62/280; 22.1%) and COPD (29/280; 10.4%). The health of homeless people is a fundamental issue that needs addressing. Access to, and use of, community and preventative services is needed to reduce utilisation of emergency hospital services.

Women with serious mental illness (SMI) have disproportionately worse breast cancer profiles than those of other women. The purpose of this project was to examine barriers to and facilitators of breast cancer screening, specifically in formerly homeless women with SMI using the participatory methodology of concept mapping. A series of three concept mapping focus groups were held with 27 women over the age of 40 with a diagnosis of a SMI who live in supportive housing programs, and with 16 housing program staff. Participants rated addressing educational issues as most important and feasible. Interventions designed to improve mammogram screening in this population should address patients' perception of personal risk and should target education and support systems as modifiable factors.

Single-site Housing First (HF) is associated with reduced publicly funded service utilization and costs and alcohol-related harm for chronically homeless individuals with severe alcohol problems. Many residents, however, continue to experience alcohol-related problems after their move into single-site HF. Thus, it is necessary to explore areas for program enhancement after individuals move into single-site HF. Qualitative analyses were used to construct a conceptual or thematic description of residents’, staff's, and management's suggestions for program enhancement, which comprised 3 areas: (a) enhancing training and support for staff, (b) increasing residents’ access to meaningful activities, and (c) exploring alternate pathways to recovery. Development of programming addressing these areas may help residents continue to reduce alcohol-related harm and improve health and quality of life after their move into single-site HF.

Improving access and continuity of care for homeless people: how could general practitioners effectively contribute? Results from a mixed study

The aim of this research was to analyse the views of general practitioners about how they can provide care to homeless people and to explore which measures could influence their views. Qualitative data were collected through semistructured interviews and through questionnaires with closed questions with urban GPs working in a deprived area in Marseille.  Quantitative data were analysed with descriptive statistical analyses on SPPS; a content analysis was applied on qualitative data.

According to results of the quantitative phase of the research, most of the difficulties GPs encountered while treating homeless patients concerned social matters, lack of medical information, patient's compliance, loneliness in practice and time required for the doctor. From qualitative analysis it was found that maintaining a stable follow-up was a major condition for GPs to contribute effectively to the care of homeless people. Acting on health system organisation, developing a medical and psychosocial approach with closer relation with social workers and enhancing the collaboration between tailored and non-tailored programmes were also other key answers.

The research concluded that by adapting the conditions of their practice, GPs could contribute to the improvement of homeless health. These results will enable the construction of a new model of primary care organisation aiming to improve access to healthcare for homeless people.

The full paper is available here 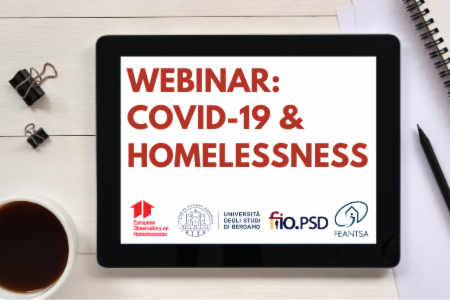