Homelessness on the European agenda:

Indeed, FEANTSA found in the 2019 Overview of Housing Exclusion in Europe that at least 700.000 people are sleeping in the streets or in emergency accommodation on any given night in the European Union. According to our calculations, that’s a 70% increase in 10 years.

A matter of urgency

As homelessness continues to increase across the EU, finding a way to reverse the trend becomes more and more urgent. During the debate, MEPs from across the EU and from different political groups called on the Commission to make homelessness an urgent social policy priority. MEPs were clear that this could happen in line with the subsidiarity principal and the division of competences between local, regional, national and European level.

For an integrated approach

Both Members of Parliament and Commissioner Schmit agreed that Housing First was a good example of an integrated approach to homelessness. Housing First entails rapid access to permanent housing and high quality social and health support to end situations of homelessness. Indeed, the fight against homelessness does not stop with housing, as people experiencing homelessness are faced with exclusion in many other areas, including employment and healthcare. The most vulnerable groups (migrants, women, LGBTQI people, people with disabilities) are increasingly more affected by homelessness, hence a complete social package must be provided to enable their full reintegration. This is something the intervening MEPs also highlighted - Housing First does not mean housing only. It means securing the right to housing for homeless people whilst supporting them in other fields of life. MEPs broadened the terms of the debate from housing to other key areas like health and employment. In this regard, the debate made clear that the Commission and Member States should take an integrated approach to homelessness.

During the debate, Members of European Parliament suggested a broad range of workable, practical actions that the Commission could take to step up its action on homelessness.  These included setting an ambitious EU target of ending homelessness by 2030 and developing an EU action plan or strategy on homelessness. New ideas included launching an EU Framework for Integrated Homelessness Strategies, inspired by the existing Framework for National Roma Integration Strategies and a European Convention on Homelessness. MEPs reminded the Commissioner that sectoral policies such as the Child Guarantee, Youth Guarantee, Migration Package, Gender Strategy, Disability Strategy etc. must adequately address homelessness. Both MEPs and Commissioner Schmit agreed that more funding needs to be made available to fight homelessness. MEPs called for the Commission to take action to support Member States in the use of European Structural and Investment Funds to tackle homelessness, especially to support the scaling up of Housing First.

The debate showed that the EP strongly supports stronger EU-level action on homelessness. The Commissioner for Jobs and Social Rights indicated his readiness to respond and but made no concrete commitments at this stage. The debate made clear that housing is very much on the Commission’s radar. At the European Parliament, we hope to see MEPs follow up on this debate making full use of the tools at their disposal to stand up for homeless people (such as Parliamentary questions, Resolutions, Own Initiative Reports etc.). If however, the EU’s institutions are serious about advancing social rights and leaving no one behind, we need to ensure that th efight against homelessness people is not lost in a broader housing agenda.

FEANTSA calls for specific action on the most egregious violation of housing rights – homelessness. Without this homeless people will continue to be left behind.

Hopefully, this debate is only the first step of a procedure towards more and stronger EU action on homelessness. It should be the starting point for a genuine ambition and concrete action to progressively reduce and ultimately end homelessness. 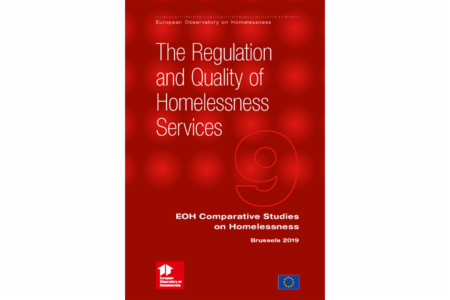