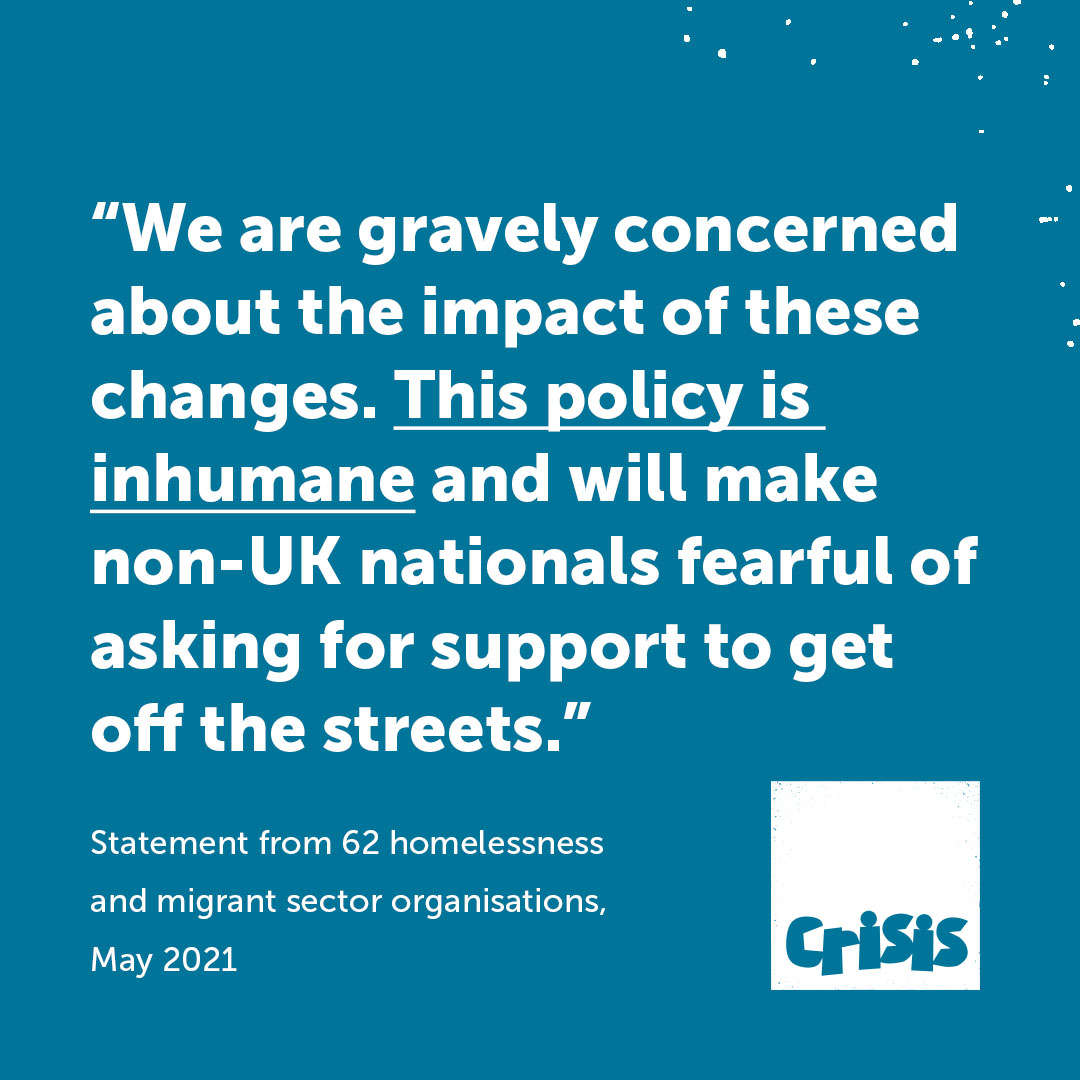 On the 21st of April 2021, the Home Office issued a new guidance on “when an application for permission to stay may be refused, or any permission held may be cancelled on the grounds of rough sleeping in the UK”. The new policy does not apply to those granted or eligible for pre-settled or settled status under the EU Settlement Scheme (EUSS), to those who have been granted indefinite leave nor to those granted leave under a protection route. However, it can be used to cancel an existing permit. The new guidance offers details on how to implement new immigration rules where rough sleeping and that which is deemed ‘anti-social behaviour’ may lead to non-UK nationals – EU nationals included – being forcibly removed from the country.

The Home Office initiated a progressive change of their post Brexit immigration rules which sparked discussions since October 2020. The changes have been repeatedly criticised and refuted by civil society in the UK, with homelessness organisations calling on the authorities to stop what has been described as “inhumane” policies which will contribute to alienate and exclude individuals even further. Despite careful considerations included in the new guidance, such as underlining that repeated help should be offered before any deportation should be decided on grounds of rough sleeping or highlighting the need to differentiate between individual cases since a “one-size-fits-all” approach is not constructive in trying to end homelessness, the risks that the policy may incur are worrying and are likely to have a serious negative impact on ending rough sleeping, which the UK government has committed to doing so by 2024.

FEANTSA further emphasizes that the new Home Office guidance will amount to pressure on the ground and may lead to increased feelings of fear and mistrust between homeless migrants and the charities engaging with them for support. This will consequently discourage individuals from coming forward to ask for help and will destabilize the work of the homelessness organisations. Negative effects on non-UK nationals who have a permit to reside in the UK could also arise from the interpretation and application of the guidance at local level. According to the guidance, the rules can only apply when someone is sleeping rough and engages in what is considered to be anti-social behaviour. But what is considered to be anti-social behaviour can include a wide range of things, such as 'general nuisance behaviour in public'; drugs paraphernalia in public places; trespassing; street-drinking; and begging. This loose interpretation puts non-UK nationals sleeping rough at risk of deportation, especially given the likelihood of engaging in these behaviours as a result of the trauma of rough sleeping itself.

There is also widespread concern around the issues of migrants’ eligibility for/access to existing support offers and deciding, in practice, when a “repeated refusal” has been achieved. As mentioned in the guidance, some individuals may have “previously exhausted available support” or not be entitled to such measures under the no recourse to public funds (NRPF) condition attached to immigration status. The NRPF condition has been strongly criticized in the past and organisations working with migrants have repeatedly demonstrated its negative impact on destitute migrants. Requests for this measure to be done away with were made,5 especially after evidence from the pandemic period made it clear that individuals need the type of support this condition denies them to exit homelessness (this includes vital services such as healthcare, mainstream housing, and welfare support). A recent ruling of the UK high court found the NRPF policy unlawful for the second time this year, on grounds that it pushes some families into destitution and goes against the obligation to safeguard child welfare.

What is more, UK organisations draw attention to the already existing scarcity of support options mentioned in the new guidance (e.g., specialist immigration advice) which leave people outside the system and with no other option than sleeping rough. Homelessness organisations further underline that assessing when appropriate support was offered and when repeated refusal has happened is open to interpretation. Especially worrying are the situations where people who have suffered traumatic episodes, discrimination or who have mental health problems may be hesitant to accept support and to have contact with services.

With people fearing to ask for help and the rules affecting those who are already established in the UK – by allowing the annulment of existing residence permits, – people’s lives will be put at risk as they are made even more vulnerable to exploitation from employers, unsafe living conditions or trafficking for modern slavery, which has been brought to attention already back in November 2020 by a number of 150 charities, trade unions, lawyers and local authorities.

The commitment of the UK government to end rough sleeping in England is very welcome, as is landmark progress being made in other parts of the UK, but we stress that this type of policy will not contribute to achieving this aim. It will, on the contrary, leave people in destitution and potentially lead to breaches of their human rights. After promising efforts during the coronavirus pandemic in the UK, charities stressed the need to continue this support emphasising that the way to lift people out of homelessness is to provide them with “a safe place to stay, immigration advice and employment support.”

The introduction of this new policy is particularly concerning considering that previous attempts to utilise rough sleeping as a reason to remove destitute EU migrants from the country have proven to have a serious negative impact on individuals and on the work of charities supporting homeless migrants. In 2017, FEANTSA along with the Migrants’ Rights Network and Praxis filed a complaint before the European Commission concerning the alleged infringement by the United Kingdom of art. 35 of directive 2004/38.11 In the context of Brexit and furthermore, with the coronavirus pandemic unveiling and affecting hardest the most vulnerable in our societies, we continue to work for defending the rights of destitute migrants. We therefore underline the need for increased support for all individuals, particularly during the global health crisis and we call on the EU and the UK government to facilitate this support and to ensure that the rights of destitute non-UK nationals in the country are respected.

FEANTSA is calling the EU to:

FEANTSA (the European Federation of National Organisations Working with the Homeless)

We have also joined 60+ UK organisations in a letter condemning UK plans to remove rough sleepers. We are extremely concerned about the impact of these new immigration rules which could push rough sleepers into exploitative work and away from support services. 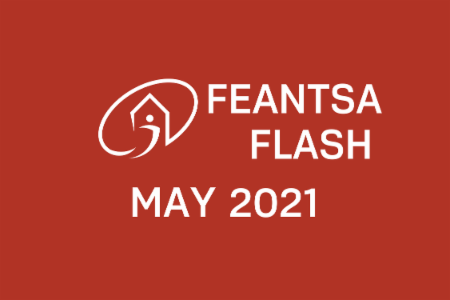