In June 2018, the Hungarian government once again amended their Constitution to forbid anyone living in a public space; something which clearly violates international human rights treaties to which Hungary is a signatory.

This alarming development triggered concern among homeless service providers across Europe, with FEANTSA and its members denouncing this amendment in a public statement in June 2018[1]. In parallel, the Special Rapporteur on the right to adequate housing expressed her concerns in a letter to the Government of Hungary[2]. In her opinion, the Hungarian government’s approach to homelessness lacks an understanding of its obligations under international human rights law. The amendment serves to penalise an extremely vulnerable group for the Hungarian governments’ own failures to meet its international human rights obligations with respect to the right to adequate housing.

From mid-October, only a few weeks after Mr. Orbán’s speech at the European Parliament claiming that the content the Report of Mrs. Judith Sargentini[3], who pointed out that the criminalisation of homelessness is prevalent in Hungary, was false, an executive decree[4] that imposes administrative and criminal sanctions in the case of infringement of the prohibition to sleep rough will enter into force.

This piece of legislation establishes that if a homeless person is found in breach of the law (living in the street and does not accept being escorted into a designated homeless service provider’s facility by the social workers who are called by the police), they will automatically be forced to participate in a public works scheme (a penalty works scheme without remuneration), which they could only avoid if they pay a fine. If they refuse to participate in the public works and don’t pay a fine, then they can be incarcerated. If a person is found to be in breach of the law three consecutive times within a certain time period, they can automatically be taken to prison. Individual belongings of the rough sleeping homeless persons are collected and stored temporarily.

Although FEANTSA is aware of many attempts to criminalise homelessness around Europe, this is by far the most alarming development in the last decade.

While Orbán’s regime campaigns against non-governmental organizations to discourage them from voicing their discontent, organisations supporting homeless people and homeless providers with street social workers in Hungary will be required to become an actor in the actual implementation of the criminal act. This conflicts with their social work ethos which is based on voluntary acceptance of assistance by the clients.  Social workers should not be forced to abandon their role as promoters of the social integration of vulnerable citizens. Their responsibilities should be kept clear as providers, not as enforcers of the criminal act.

Past criminalisation regulations in Hungary have proven that even the police patrols have a complicated role and prefer not to harass homeless people living in the streets, avoiding searching for potential perpetrators of the breach of the regulation on rough sleeping.

While other consequences of the implementation of the law are still unclear at this stage, we are concerned, for example, that while the homeless people are taken to prison, local governments should store their belongings and in designated cases they can destroy them. Also, voluntary help offered by social workers, if not taken on board, may threaten the personal security of the homeless people, which will necessarily be shifting their assisting function into a controlling role.

Homelessness is an egregious violation of the fundamental rights of a human being. We will not stop insisting that the criminalizing approach is useless for the elimination of homelessness as an extreme form of housing exclusion and against human dignity. It simply aims to move the visible problem of homelessness out of public view, rather than offering any real solution to it.

The European Union Institutions and its Member States should promote rights-based approaches to homelessness. The EU should urge the Hungarian government to address homelessness through appropriate and working measures, instead of penalising a living situation which cannot be solved by the individual. Countless examples from Europe and beyond demonstrate that concrete progress on eliminating homelessness can be made by implementing integrated, housing-led, and foremost, via effective preventative policies.

[1] FEANTSA and its members strongly denounce the proposed amendments to the Hungarian Constitution which will forbid living in a public space, 19 June 2018
[2] Letter form the Special Rapporteur on adequate housing as a component of the right to an adequate standard of living, 20 June 2018
[3] Report on a proposal calling on the Council to determine, pursuant to Article 7(1) of the Treaty on European Union, the existence of a clear risk of a serious breach by Hungary of the values on which the Union is founded.
[4] Hungarian Official Gazette, 2 October 2018. 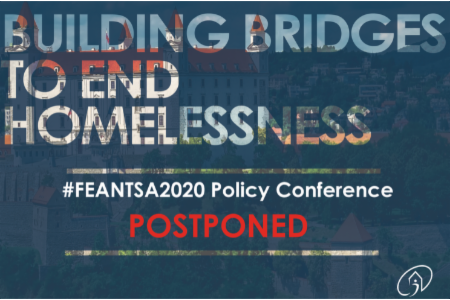