On behalf of the European Federation of National Organisations Working with the Homeless (FEANTSA), we would like to support the letter sent on 3 October by the President of Ogólnopolska Federacja na rzecz Rozwi?zywania Problemu Bezdomno?ci, Jakub Wilczek, recommending that the Polish government adopt a homelessness strategy and establish an inter-departmental body to coordinate the government’s actions on homelessness.

Over the last decade, only two European countries have seen a reduction in the number of homeless people: Finland and Norway. In both cases, homelessness was approached as a housing problem and a violation of fundamental rights, both solvable, and not as an inevitable social problem resulting from personal issues. The above-mentioned countries established integrated and decentralised strategies that had specific, measurable and reachable targets, set in a clear time frame.

As you know, in 2016, Poland signed and endorsed the United Nations Sustainable Development Goals,[1] which call for an end to poverty and to guarantee access to adequate housing for all by 2030. And then later in 2017, all EU Member States, including Poland, proclaimed the European Pillar of Social Rights, which includes the right to housing.[2] This reinforces the message contained in the Social Investment Package, adopted by the European Commission in 2013, which encourages EU Member States to adopt long-term, housing-focused, integrated homelessness strategies at a national, regional and local level.[3] A detailed break-down of the essential elements of such a strategy can be found in the FEANTSA 2015 report on housing exclusion in Europe.[4]

Whilst ending homelessness can seem like an overly ambitious goal, it is possible. Experiences from Finland, Norway and North America have demonstrated that investing in evidence-based practices to combat homelessness can lead to the reduction in homelessness and the ultimate eradication of homelessness. Finland has combined funding from government and the national lottery fund in order to construct new permanent homes, convert emergency accommodation into supported housing and a focus on preventing homelessness before it even happens. This has led to a 35% drop in the number of individuals experiencing long-term homelessness from 2008 to 2015.

In 2013, the Czech Republic adopted a homelessness strategy and in 2015 a social housing strategy, both of which aim to alleviate and help people to move out of poverty and into affordable housing. Furthermore, a very successful recent Czech Housing First experiment has proved effective in keeping Roma families in housing and it will spread throughout the country with a budget of four million EUR from the European Social Fund.

In sharing these examples with you, we hope to show that it is possible to end homelessness, and the only way that that is possible is through a concerted effort on behalf of government to coordinate an ambitious strategy which reaches across ministries and levels of decision-making.

We hope that you are open to discuss this further, both which Mr Jakub Wilczek, who is the Polish representative on our board, and with our Director, Mr Freek Spinnewijn.

We remain at your disposal should you require any information. 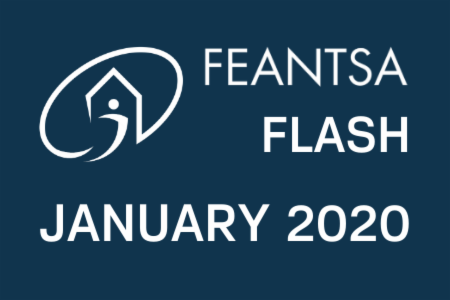