An important part of FEANTSA’s work is trying to ensure that the EU policy context is as favourable as possible to tackling homelessness. 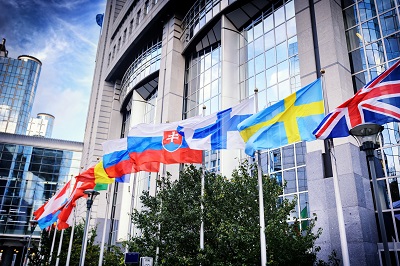 The EU project has a strong social and fundamental rights dimension, which was re-enforced by the adoption of the Lisbon Treaty in 2009. The Europe 2020 Strategy for smart, sustainable and inclusive growth includes the headline target of 20 million fewer people living in poverty by 2020. The Juncker Commission has committed to social fairness and a “Social Triple A” for the EU. The Commission is currently preparing a European Pillar of Social Rights. In the aftermath of the crisis and given inadequate and uneven progress in fighting poverty, the EU’s social dimension is an urgent political question. In this context, FEANTSA seeks to ensure that people experiencing homelessness and housing exclusion, who are amongst the most vulnerable and excluded in our societies, are not left behind.

What role does the EU play in tackling homelessness?

Competence for social policies rests primarily with Member States. The front line in the fight against homelessness is at local and national level. The EU supports and coordinates Member States’ social and employment policies, namely by agreeing common objectives, measuring progress, developing knowledge, supporting transnational learning and exchange. Key processes for the EU’s coordinating role include the annual European Semester and the Social Open Method of Coordination. FEANTSA follows and contributes to all relevant EU social policy discussions and processes.

EU policy-making beyond the social and employment area increasingly impacts upon the fight against homelessness too. This concerns, for example, migration, competition, health, anti-discrimination, consumer protection, economic and fiscal policy coordination. FEANTSA therefore engages in dialogue with the EU institutions, Member States and other stakeholders on a wide range of relevant policy issues.

EU funding can support the fight against homelessness. The EU’s structural and investment funds, notably the European Social Fund, the European Regional Development Fund and the Fund for European Aid to the Most Deprived, can be used on the ground in Member States. The EU also funds research, transnational learning and mutual exchange through, for example, the EU Programme for Employment and Social Innovation (EaSI). FEANTSA supports its members and stakeholders to engage with such opportunities to advance the fight against homelessness.

Role of the European Parliament